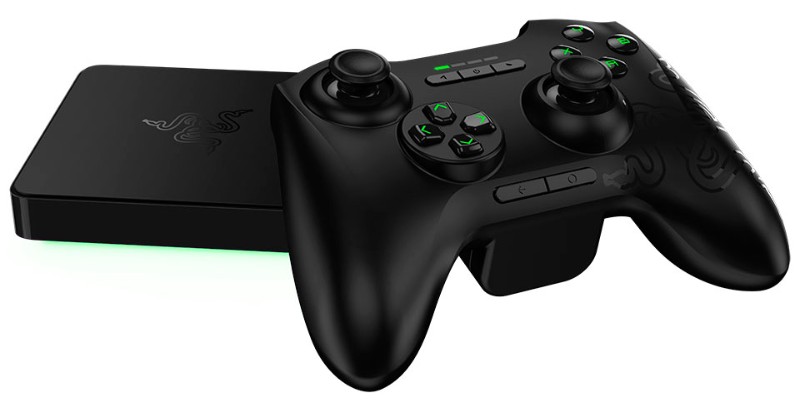 Alongside the Forge, Razer also unveiling a line of other products – a couple of Bluetooth-based peripherals. The Serval gaming controller and the Turret keyboard and magnetised mouse; the Nabu X, a “basic alternative” to its Nabu smartband – They will sell for as cheap as $20 to registered Razer Insiders and it will be $50 to others. A new VR headset was also there in conjunction with other hardware manufacturers.

They also have this wireless keyboard with a a flipable and magnetic mouse pad – This can hold the mouse included.

The mouse is about the same – almost same as all the other console controllers. The layout is also the same! There is also a clip on top of the controller that can hold your mobile device.

There is also Cortex: Stream which uses Wi-Fi low-latency streaming from a source that is a lot more powerfull then a cheap Android console – like your PC.

We are trying to get our greddy hands on this as soon as possiable but, until then – Check out this video from LinusTechTips.

Most photos use in this update are from Engadget​