This website was a part of my hoobie project to publish technology reviews and videos on my YouTube. As you can see I have not posted to either in a very long time. I have just grown up and moved on from those hobbies, even though I am still very much interested in technology.

I have also started to attend college (Go Hokies!) for Computer Science and I just don’t have time to spend on all of my hobbies so some had to be cut and this was one.

Many of the features and the ‘look and feel’ of this website has been disabled as I just could not continue to keep updating it to support new mobile, browser, and operating system requirements and still function the way I first imagined it. I have restored the site back to the default theme so I can continue to work on my future and keep a part of past and childhood still available for me to come back and look at (This website and YouTube channel).

This YouTube channel and website was one of the first things I actually did to put my interest in technology to actual use, however, I have since moved on. I will try to keep this hosting and domain up forever so I can continue to look back on part of my childhood. 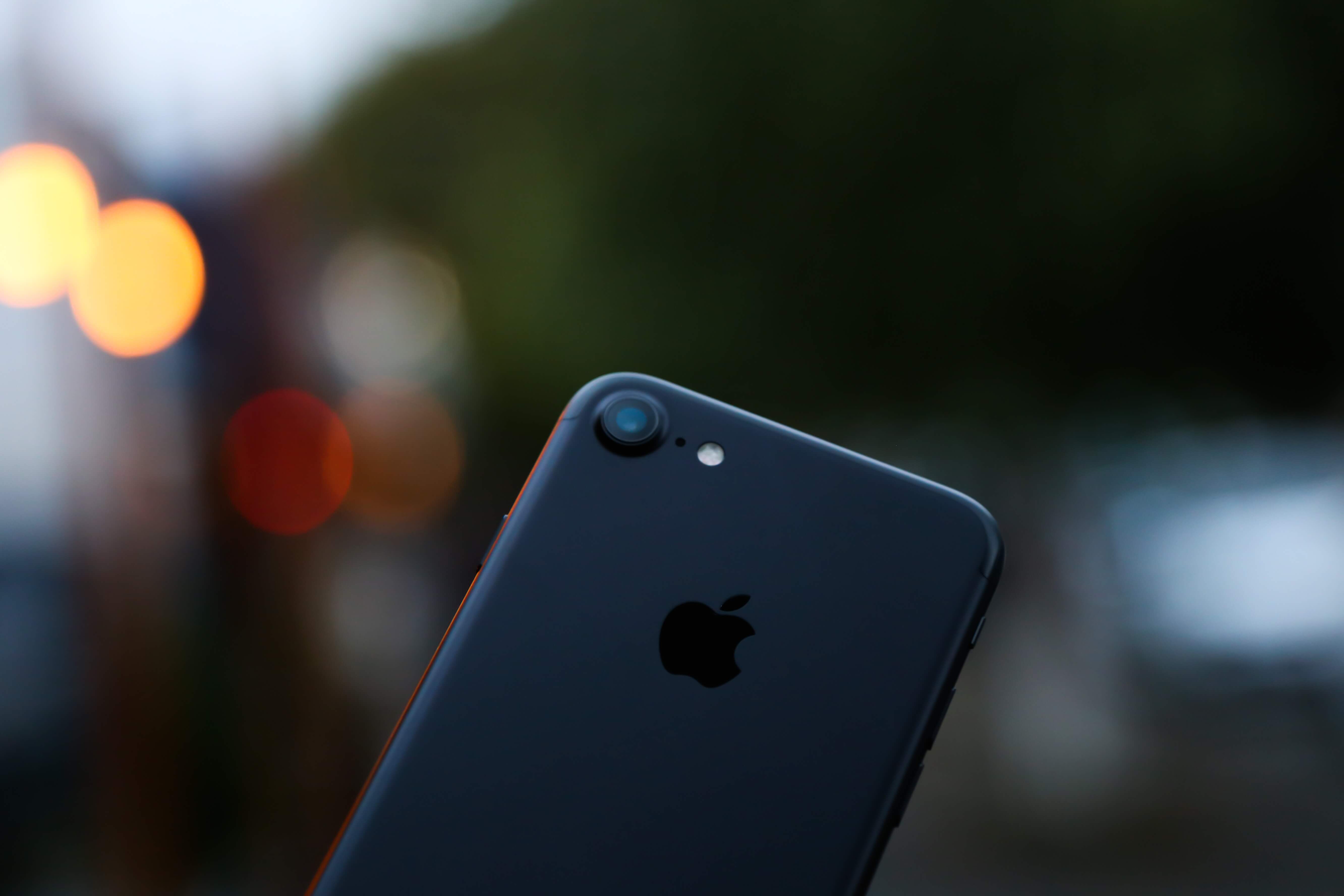 Apple just pushed out the iOS 10.3 update, and this one includes major changes including the brand new File System.

With iOS 10.3, your iOS device will automatically update it’s file system from HFS+ to APFS. This new file system is supposed to make iOS faster, more secure and free more space for the end user. This is VERY IMPORTANT that before doing this update, you should back up your phone with iTunes to make sure data is not lose in case there is problem during the updating process. If you’re not sure how to backup your device, see this. We recommend doing the backup with a computer if you have one nearby however if not a iCloud backup will be fine but, remember it will backup less things and usually take more time.

If you look in the settings after the update you’ll see that there are is a now a section at the very top, which will include all the information form your Apple ID. This includes the previous settings, along with all your other devices using that Apple ID and a quick way to pull up information about these devices.

The WikiLeaks leaked documents a few weeks ago containing some of the tools/exploits the CIA uses to spy on it’s citizens. This document included a lot of exploits for iOS, to which Apple responded by saying they were all already patched. However it, even though it may come as a surprise to some people, iOS 10.3 has a long list of exploits it patched itself, 65 to be exact. You can find the full list of exploits patched here.

Other improvements and fixes

Sprint, the US’s third largest phone carrier which is on the come up with major network upgrades and changes. Sprint grow tremendously last year however their prepaid sales were VERY down.

As of February 2nd, 8:40 PM EST, most links on the Sprint Prepaid website redirects to Boost Mobile, a Prepaid MVNO of Sprint and a separate company. As of right now, there has been no direct information from Sprint about what is going to happen to the existing customers and the future Sprint Prepaid brand, if we had to guess they are moving all the customers to Boost Mobile.

We will update this post with the latest information from Sprint, once provided.

Apple seeded the first beta of iOS 10.3 yesterday right after they released iOS 10.2.1 to the public. The field test app is a “hidden app” within iOS which can be accessed from the phone app by dialing *3001#12345#* on the dial pad.

The field test app can be used to quickly find out a lot of information about your cellular connection like the LTE Band you’re connected to, the bandwidth available etc.. Apple hasn’t updated the app for a very long time fence falling behind the curve and not showing a lot of the information the new iPhone(s) now support like carrier aggregation.

Field test mode on an Intel iPhone 7 with iOS 10.3. pic.twitter.com/EdqFxvE7Nn

The new screenshots show that the app is now updated for the larger screens, shows a lot more information about different “carriers” of LTE bands and most importantly showing the current carrier aggregation status.

Currently the new app is only on the Intel version of the iPhone 7s’ but, it should roll out to other devices in future betas.

Sprint the third giant carrier in the US who is fastly improving was the last major carrier still partially offering 2-yr. contacts – only on it’s own site.. Sprint is also only one of the two major carriers still offering unlimited data on it’s own.

Starting 1/22 all locations and agents have been informed that the 2 year contact options has been removed from the website and from Telesales. The only option left are CostCo and Apple who may be removing the options soon as well.

Currently the only options are installments or lease, if you’re on a legacy plan (Everything Data or MyWay) you’re going to end up paying more with these options. However you can move to a newer plan and you will receive a $10/monthly credit or doing so. The new payments options go along with the new plans very well. Just remember any contract lines on the new plans will be charged a $25 fee.

Sprint previously removed contacts but, brought it back to some mediums (Sprint.com), Late last year it also removed Best Buy’s access to their 2-year contracts.

The most stable version currently is BETA 3. Even thought it’s the most stable.. it’s not stable stable and substrate is still not enabled.

Luca has released a for the iPhone 6S TSMC devices on the Telegram group. With this users can jailbreak their TSMC devices – however it’s not stable at all.

His jailbreak is legit as confirmed by Saurik, the creator of Cydia. However currently nobody is able to use the jailbreak as they would normally expect.

The iPA file has to be signed in a special way so I can be loaded onto your device. You can then use the app to jailbreak your device however this BETA version does not include Cydia or mobile substrate (a component needs for almost all tweaks and sometimes Cydia itself).

We’re closely monitoring this release and we will update this page with the current details.

As of right now we suggest not trying to jailbreak your device unless you’re a developer as you could ruin your device.

The major electronics retails, how now stopped allowing Sprint customers to get their devices on a 2-year contract.

Sprint – the forth-largest cell phone carrier in the U.S. was one of the last offering however earlier this year it announced that customer will not be able to get phones on a 2-year contract without a $25 fee on their new plans. Legacy plans were not effected by this change. The same day it announced that it’s corporate stores will not allow customers to buy phones on a 2-yr. contract. At this point the only way to get a 2-yr contract was online at Sprint.com, calling Telesales or at a third-party retailer.

BestBuy was the last large retailer still carrying Sprint 2-yr. contracts. However it announced starting October it will no longer offer that.

Currently the only large retailers carrying Sprint 2-yr. contracts are Costco and Apple itself for iPhones.

NOTE: BestBuy has decided to hold off until the 6th to stop offering contracts so you still have time!

After multiple reports the status page from Apple has confirmed the large outage of it’s services. Current the list of services extends to:

Services which are not working for us but, are not listed as “down” on the status page from Apple:

As more and more services continue to go down the page from Apple will be updated.

Many users are also facing the problem of their iOS devices showing “The iTunes Store is unable to process purchases at this time.” – This is related to the services going down.

We’ll update this story as we learn more.

UPDATE 7:50 PM EST – Multiple service are now online. Here are the list of services still down as of now:

UPDATE 10:00 PM EST – All services are now back up. They may be slow for some users.

YouTube has just started sending out newsletters informing users that you can get a three month subscription for just a dollar! That’s right just a dollar for three months of service!

The offer is valid until 6/17/2016 and is unfortunately not available for users who have used the free-trail before. After the three months, if you haven’t canceled your subscription it’ll automatically renew for $9.99/month.

After Apple’s very successful launch of Apple Music, it’s music streaming service.. There were a few things that separated it from it’s competitors like Spotify.

First being the much larger library of music especially for music in languages other than English.

The second very big difference was the price, for example – both Spotify and Apple Music offer individual and family subscriptions for $9.99/mo. or $14.99/mo respectively. However Spotify offered it’s service to most college and university students for 50% off at just $4.99/mo. Apple is now matching that price and is also offering Apple Music individual subscriptions for $4.99/mo.

NOTE: If you are connected to a family membership and decide to sign up for a student subscriptionship then you’ll end up paying both the family price and the individual price.

The student validation is done though the UNiDAYS service. To find out more about getting a student Apple Music subscriptionship go: here.