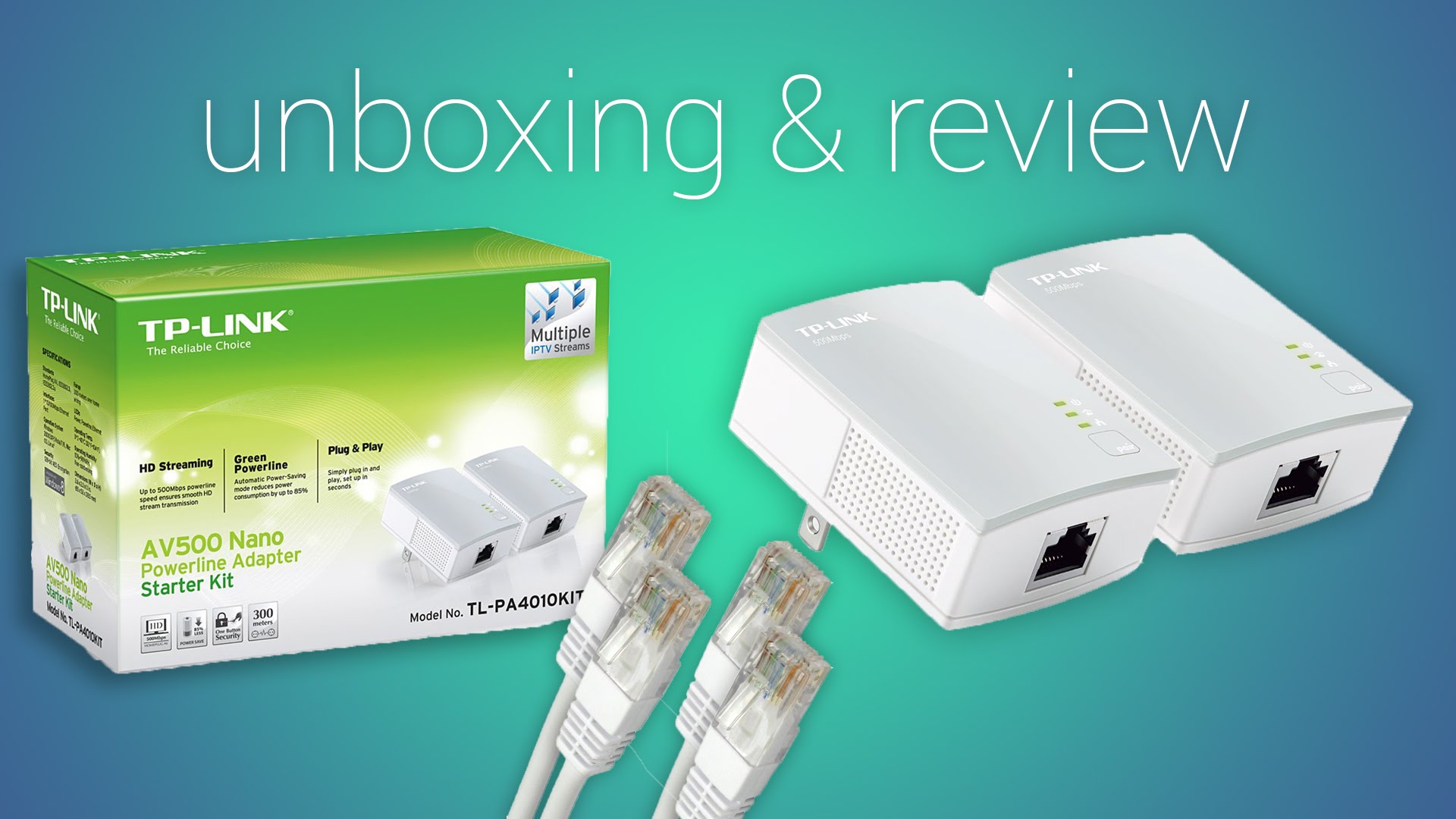 If you search Amazon.com for a powerline KIT then the TP-Link TL4010 will be one of the first listings. The TP-Link is a powerline kit with a lot going on but, for a not-steep price.

If you buy the kit then you get both the adapters, a pair of CAT-5 cable and all the documentation. The adapters have a glossy finish with that surprising does a good job at not attracting fingerprints but, does attract dust pretty quickly. Both of the adapter also have three leds – First (Power), Second (If an device is connected to the other end) Third (Blinks if data goes through).It’s actually surprising that you get a CAT-5 cable at this point it’s really rare to find a CAT-5 cable and I would recommend changing that out with CAT-5e so you get the best performance as possible.The setup preocess for the kit was really easy – if just pluged one end into the wall outlet (without a powerstrip or a extender) connected the ethernet cables and the same or the other end. They found each other on it’s network instantly without even pressing the pair button.At a glance the spec sheet does not look that great with only a 10/100 ethernet port but, in actual use with the client also using a 10/100 ethernet – It was able to reach 93 Mbps on my 120 Mbps connection. The transfer speeds which they advertise to be 500mbps but, I also somehow only 115 mbps within the network. There were not bottlenecks in our testing for this test. Everything in the test was gigabit except for the adapter.One of the reason that you shouldn’t take as a granted what the product as says is true. Even though they might say that it can reach 500 Mbps you always have to look at what the ethernet port is certified at. Your maximum internet speed will not be anything more then that certification. A good way to find this is too look at what the ethernet port certification says – The last number in that spec is the max speed. Often written as:  10/100/1000/10000… (Ex. 10/100 in this adapter mean 100 max speed).Both the adapters are the exact same things so it doesn’t matter which on you use as the “sender” or the “receiver”. If you want to add more adapters then just buy the adapter twice or buy only one of them. Any adapters that you add to the whole mesh network will be used as hubs so the speeds will be shared between them.

This powerline kit is perfect for not having to go through the walls – you can just use the existing house electrical wiring as an ethernet cable. This works great for connecting PCs wired to the network or extending you WiFi coverage buy putting a router at the “receiver” end instead of a PC.